back to search results

for Healthcare Sector Meetings and Events 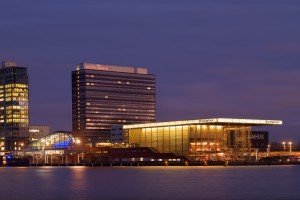 Read more about our compliance index

Use your approved internal or specialist agency meeting enquiry process, or click here to send a brief to the venue's Healthcare Champion
Compliance Summary

Mövenpick Hotel Amsterdam City Centre is a contemporary style 4-star business hotel with a range of facilities that include three genuinely flexible event spaces. Within the hotel’s Conference Centre they offer 11 rooms suitable for small-scale advisory boards to large 450-person product launches and within the adjacent Passenger Terminal you will find Meeting Centre 2 with further 10 breakout/meeting rooms and a large x1900 seat auditorium suitable for association meetings.

The layout of the venue allows for multiple groups to meet in self-contained meeting spaces in a location that avoids the distractions of the city whilst having the infrastructure of Amsterdam on its doorstep. Central Station is a 10-minute walk and connects the city to Schiphol Airport in 20 minutes by train. The complex also offers over 500 car parking spaces. The physical setting of the hotel provides panoramic river, canal and city views in a business complex environment.

The hotels main website reflects the overall proposition of the venue accurately with a simple design, which reflects the overall unfussy contemporary design style of the venue. The banner image on the site accurately presents views from the hotel and its setting in a location between a river and canal in a new business district of the city. As can be seen at specific times of the year cruise ships dock directly by the hotel as they use the adjacent passenger terminal.

Mövenpick Hotel Amsterdam City Centre is located on the northern fringe of the central part of Amsterdam in the Eastern Docklands, only 10 minutes’ walk from the traditional city centre and 25-minute drive from Amsterdam Schiphol Airport. With the river “IJ” on one side of the hotel and a canal on the other, the location on a thin strip of land is more reminiscent of a river front development than the traditional vision of the city. This area was developed as a special trade area, so it is no surprise that the area home to businesses, some residential and other social spaces such as the Passenger Terminal Amsterdam (which forms part of the extended meeting space of the venue) and the music theatre (also with meeting space available for use) located at the end of this little island.

There is no doubting that the views from the hotel are impressive with panoramic views of the river, and the outer edge of the city on the other side, at higher levels of the hotel the views will form a memorable impression on visitors.

During April to September ocean going cruise ships moor to the side of the hotel whilst loading and unloading passengers to the connected terminal.

Mövenpick Hotel Amsterdam City Centre has a position as both a venue used for leisure groups as well as meetings and events. Extensive meeting space includes 11 rooms in the hotel’s Conference Centre plus a further 10 event spaces in the adjacent Meeting Centre 2 with a layout that ensures it can be authentically described as a conference hotel. The architecture of the hotel is modern and does not reflect the famous Dutch heritage of gabled buildings, but that of a modern glass building which compliments the other buildings in this business district. Mövenpick Hotel Amsterdam City Centre has been selected to be part of a number of corporate preferred venue programmes for meetings and is home to the European headquarters of a global healthcare company which is adjacent.

The Silk Bar located on the ground floor is modest in size and is modern and comfortable. Silk Road Restaurant located on the 2nd floor can accommodate up to 220 people in one group or is easily devisable into three groups, one of which can be closed to be private for set or buffet lunch or dinner meetings.

The 1st meetings offer is where the Mövenpick excels. The hotel itself includes 11 meeting rooms located on the first floor with a hotel-managed meeting desk and central foyer used for coffee breaks, small exhibits and tabletop displays. Unusually there are two rooms that can operate as plenary rooms, the Zurich room (300 theatre style) and Matterhorn (450 theatre style) with a further 6 rooms that can accommodate between 16 and 30 persons in a theatre style.

The 2nd meetings area can be accessed from Mövenpick Hotel Amsterdam City Centre has a meetings area, through the IJvenues Passenger Terminal Amsterdam main concourse to Meeting Centre 2. Here is a meeting complex best described as a new style training centre, with a further 10 smaller breakout style rooms from 29 – 200 persons theatre style.

In this space there is also the ability to utilise the Passenger Terminal Amsterdam arrivals area, this has a capacity of 1200 persons theatre style with a stage and projection area. The space cannot be totally blacked out but with a 16m ceiling height it offers a space that provides for a very different feel to a plenary session when the meeting environment to be created requires a more open and individual design. There is the ability to break into smaller spaces when a more traditional meeting element is integrated into the overall event.

The 3rd meeting space, the Music building, is also part of ijVENUES. Muziekgebouw is located adjacent to the hotel and offers a functioning concert hall. The Muziekgebouw offers a central auditorium with raked seating for 710 persons on two levels with a staging area, perfect for any meeting such as a medical society meeting, product launch, large-scale investigator meeting or internal corporate event. The Muziekgebouw has a range of lounges accessible directly from each floor of the auditorium with a full-height window over all three floors and the breadth of the space with views to the river. Here hospitality functions and exhibits can be located, On the ground floor, looking over the river is a restaurant often used for private functions. The Bimhuis is an innovative space attached as an independent cube to the Muziekgebouw. This space has a smaller auditorium for 250 seats, in an intimate style auditorium setting. This space in our opinion particularly lends itself to corporate presentations of an internal nature.

The 408 bedrooms are located over 20 floors in a tower block with 2 executive floors, and 4 superior floors with balanced classic (standard) rooms. The feature of these rooms is those with river views as this is stunning and would clearly be memorable for any attendee. Some rooms look to the city and even office complexes to either side. Not every room has a view of the river. The size of all rooms is the same, 26m2 except the junior or ambassador suites which are larger at 38m2. Executive rooms and suites have slightly different appointments with the addition of a Nespresso machine. However, generally, there is no difference to the appointment with rooms including; complimentary Wi-Fi, coffee/tea maker, iron and ironing board, cable TV, safe and a minibar (un-stocked).

The service levels are consistent with a venue suitable for healthcare meetings and events. There is no sign that the venue attempts to use service and a guest-to-staff ratio to leverage luxury impressions.

There is free Wi-Fi throughout the hotel which was consistent in strength during our visit.

Labelled as wellness, the Mövenpick Health Club is located on the mezzanine floor with no visibility from the public or meeting areas of the hotel. Moderate in size, the space is styled to reflect a spa design with lighting, décor and sauna, and other rooms however, this is not a spa centre with a formal reception and the type of treatment rooms seen in an authentic spa space. Equally, imagery in marketing terms may mislead the viewer to believe that the facilities are more extensive than the reality.

View more information on the venue

Other Reviews for this Venue

Click links below to view reviews by these platforms. If you wish to see others please let the Healthcare Venues team know. We are happy to expand this to support you further.

Click links below to view more information on the venues accreditations. If you think something is incorrect or wish to see others please let the Healthcare Venues team know. We are happy to expand this to support you further.

Min to max capacities based on specific rooms 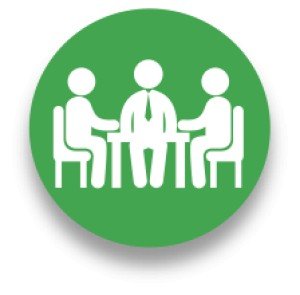 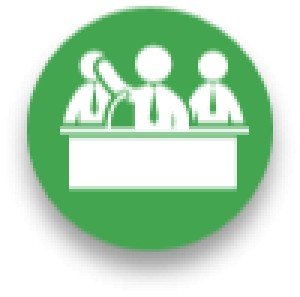 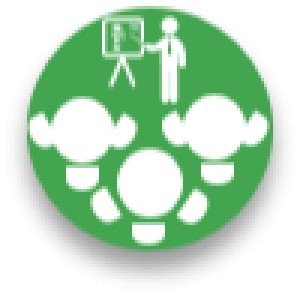 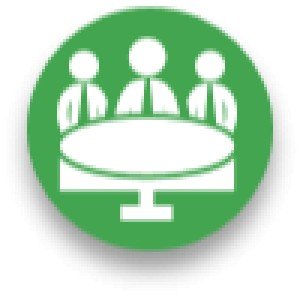 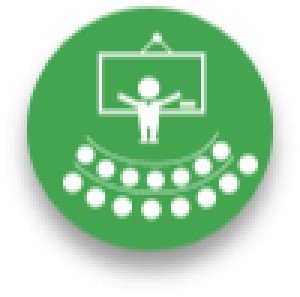 Min to max capacities based on specific rooms 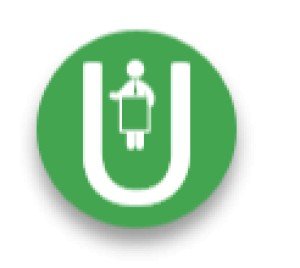 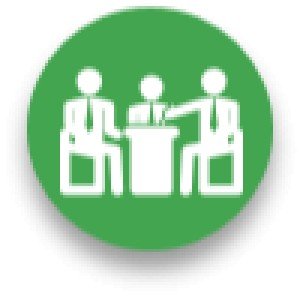 Here you will find the room types relevant to this venue

No Bedrooms Found
Venue images for approvals and meeting planning 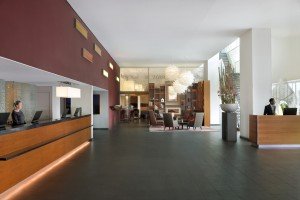 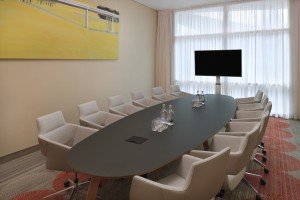 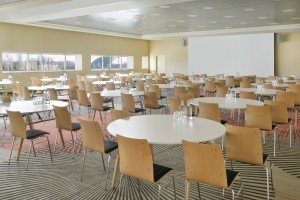 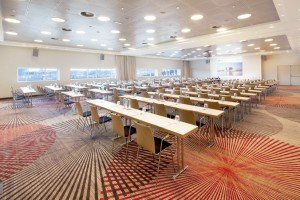 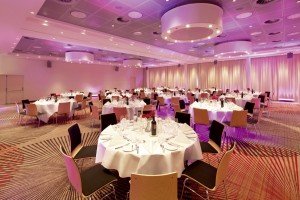 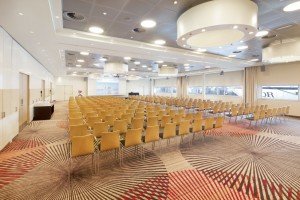 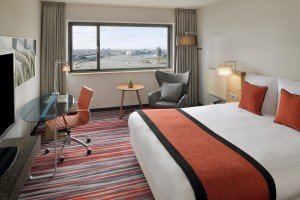 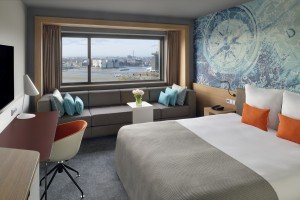 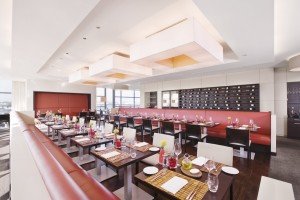 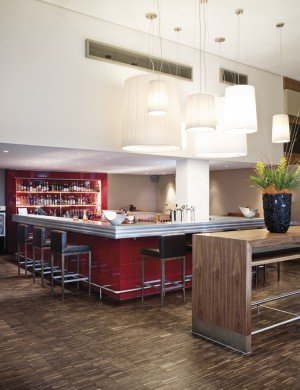 Want to learn more about our work and how it can benefit you? Pick up the phone, complete our call back request below or sign up to our email newsletter?

"Whether you're a healthcare organisation, an agency, meeting venue or destination, we're the independent, intelligent connection you've been looking for to navigate the complexities of the healthcare meetings sector."